Paintball pump guns are the most affordable option for playing paintball and have been part of the sport since its inception. There is a lot to learn about pump paintball guns. Pump paintball guns are easy to use. You need to press the trigger so it loads a paintball into the chamber. Then you can shoot it. This article will discuss some of these basics and history so you can get started. 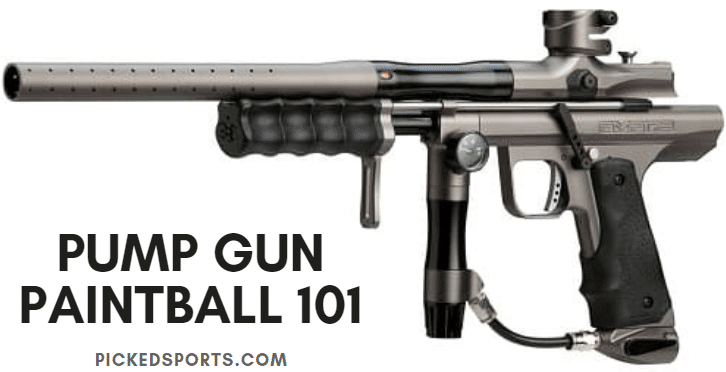 When people started playing the game of paintball, there was only one type of gun: the pump. These guns were not designed to shoot fast-paced sports. They were made to shoot paintballs from a distance and have reasonable accuracy. The very first guns were too slow and could only shoot a few shots with their 12-gram CO2 tanks.

Pump paintball guns have a slower rate of fire, but they are more accurate and cost less than their battery-powered counterparts. Additionally, many players enjoy the challenge that is involved with using one in competitions because it requires a better aim to win.

Pump play is a much more calculated form of paintball than your average shoot-out. The pump-action takes time to load, so the shooter needs to be methodical and careful in order not to waste precious shots when their opponents are close by waiting for an opportunity. This strategy is a new one. Players need to be good with their paintball guns, too. They have to move and make sure they’re doing the right things with their team members.

Playing with a pump paintball gun has an advantage. It can cost less to play with this type of gun. This is because it shoots less paint at a time. Paintball can make you use a lot of paint. But with a pump, you will not use as much. Players can use smaller hoppers so that they don’t have to carry as much paint onto the field. Some people only need a little paint on the field for the game. The cost of paintball is low and they have the same experience as those who use more paint.

Pump Paintball Is Easy to Learn

Paintball is simple to play. It’s easier because the guns and pods are smaller than other guns. When you play with a pump, you can go out on the field with just a small tank, a gun, and a small hopper. This is different from when people use pods and gear. You are not carrying as much so it makes your game better and it is more fun too. Younger or inexperienced players might want to start with the lighter gun because they know they will get used to the game slower than someone who has been playing longer.

We have discussed what pump gun paintball is and how it came to be. You’ve learned not only the basics of playing but also some expert tips on game strategy. Now all that’s left for you to do is get out there and enjoy your new skills!

How Do Paintball Guns Work?