You buy a paintball marker and wonder how fast is the paintball shot of your marker. And if you are out to quench your curiosity, then this article can serve you gladly. Now, before you go with the measurements, you show know that units are miles per hour and feet per second.

So, how many miles per hour does a paintball gun shoot? How far can you get shooting at someone with these? How high do the shots go out from the barrel? We are going over these questions in this article which is going to pull science on you.

Paintballs have faster speeds. They can be about 280 fps [feet per second] and 190 mph [miles per hour]. Though speed is pretty much slower than any regular one out there. 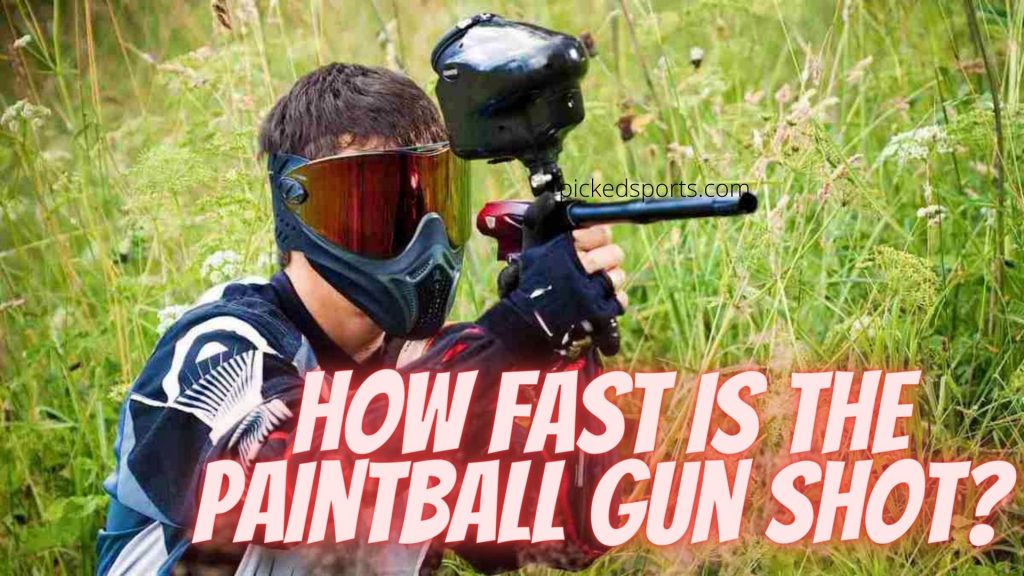 How Fast Does the Paintball Travel [MPH/FPS]?

As you had seen before, the speed unit is either miles per hour or feet per second. But, in this case, the paintball travel speed after being shot out is indicated by feet per second or fps because of the short range.

Now, do note here, the average paintball gun can shoot about 300fps or slightly less than that. And most of the paintball fields set the requirement of the paintball speed max up to 280fps for safety reasons. A paintball can be shot to a target from 80 to 100 feet apart.

What is the equivalent of miles per hour? During the paintball games like tournaments or friendly matches, they fly very fast. And to ensure fair gameplay, players are requested to come and test out their guns over a chronograph before even playing or starting the gameplay.

Now, here, they measure paintball guns’ speed in fps. And it is standard that all the tournaments maintain to measure. And as tournaments check whether the paintball travel speed exceeds the 300 feet per second mark or not.

If it does, they lower the speeds of the paintballs. This is to ensure the fair gameplay policy and also for younger players so that they don’t come to dislike it on their first try and the bullets don’t hurt much after being slowed down.

How Much of a Speed Will Exceed the Standard Speed?

Sometimes people might not be able to differentiate the speed in between fps, mph, or km/h. But, once you convert it, they will notice that the speed is legitimate. A paintball can travel as fast as 1,260 feet per second, which stands to 856.8 miles per hour and 1382.6 km per hour.

If tournament or paintball fields didn’t speed down this speed, you would have seen people have red dots across all over the body and it will hurt and sting pretty bad.

As the standard paintball shot speed is limited to 280 fps, it can still do burst shots and hit the target alongside while not seriously hurting the opponent that got shot.